A keenly anticipated exhibition commemorating the 200th anniversary of the start of the Greek War of Independence, The Greek Revolution through American Eyes, opened March 30, 2021 with a celebratory event at the Maliotis Cultural Center of Hellenic College Holy Cross. His Eminence Archbishop Elpidophoros of America inaugurated the exhibition during the opening ceremony, which was live-streamed at www.greekrevolution.org and can be viewed here.

Two articles in Greek about the events can be found here and here.

You can read more in English article here.

This traveling and online exhibition is the fruit of a partnership between the Maliotis Center and the Dean C. and Zoe S. Pappas Interdisciplinary Center for Hellenic Studies of Stockton University. It explores the common themes binding Greece and the United States in Greece’s pursuit of liberty and also examines the formation of US identity in the nation’s first fifty years. 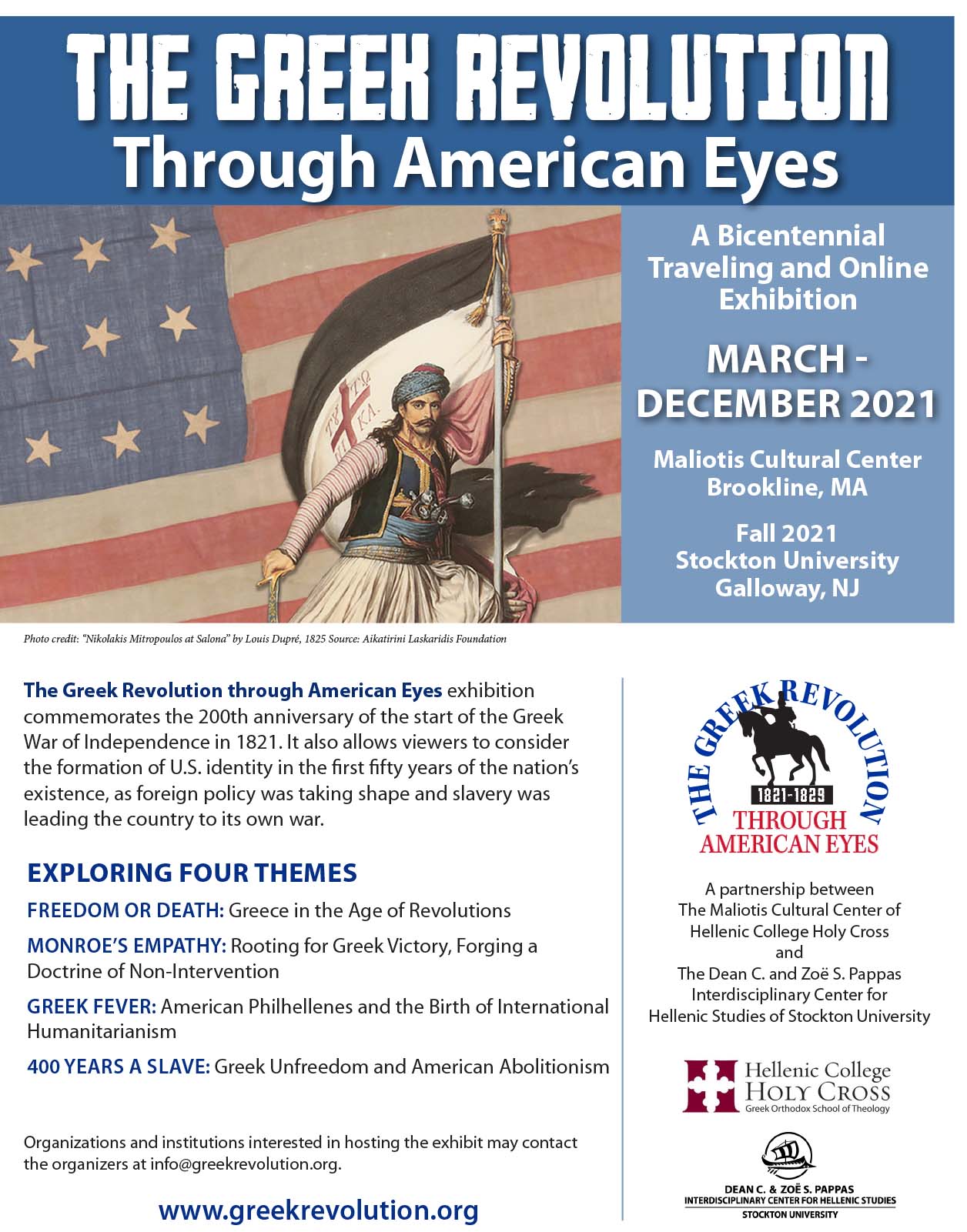 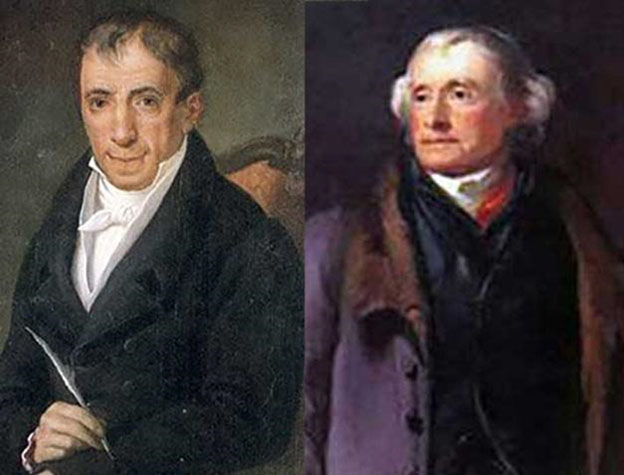 The digital exhibit is located at www.greekrevolution.org. It offers in-depth content, including captivating narrative, historical images, primary sources, and essays by sixteen contributing scholars from the United States and Greece. These essays elucidate topics associated with each of the exhibit’s four main themes and explore connections between Greece and the United States during the revolutionary struggle, as well as its prelude and aftermath.

The site, designed to be accessible from both desktop and mobile devices, is a landmark commemoration of the Greek War of Independence in this bicentennial year. Formed in partnership between the Maliotis Cultural Center of Hellenic College and the Dean C. and Zoë S. Pappas Interdisciplinary Center for Hellenic Studies of Stockton University, the project was co-directed by Dr. Tom Papademetriou (Stockton University) and Dr. Nicholas Ganson (Hellenic College) 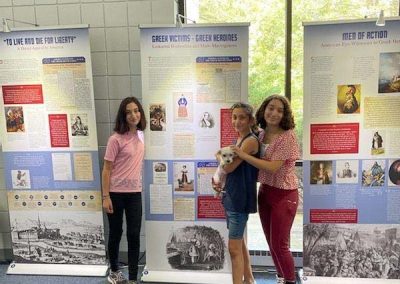 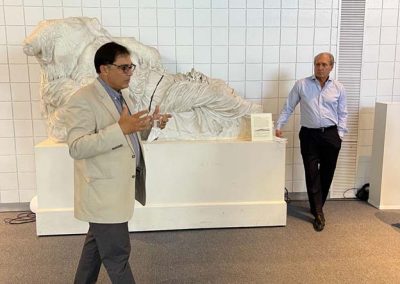 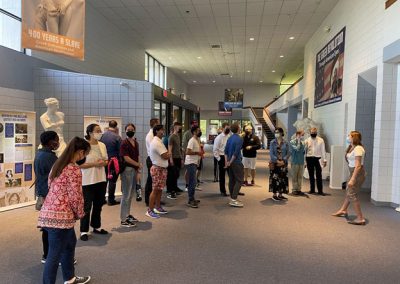 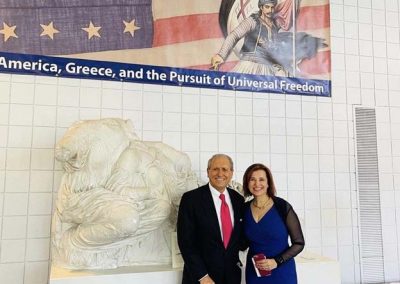 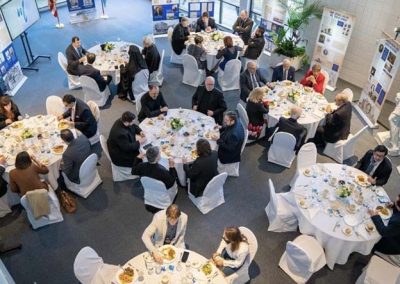 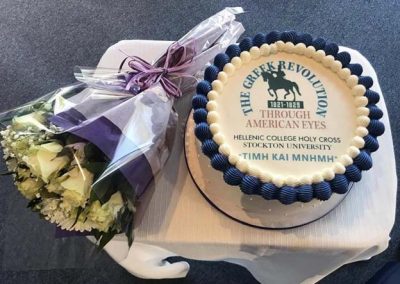 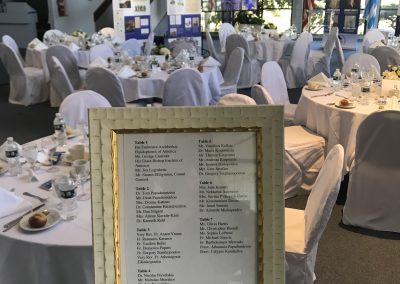 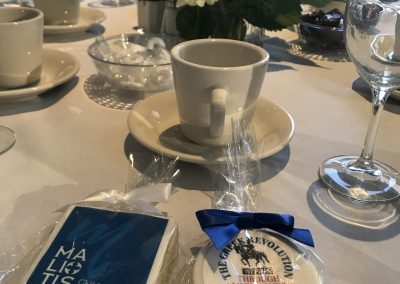 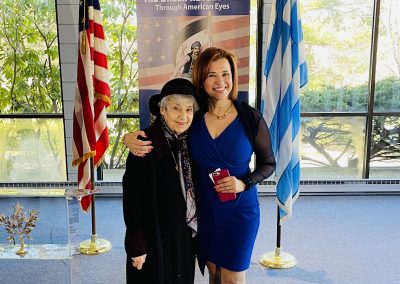 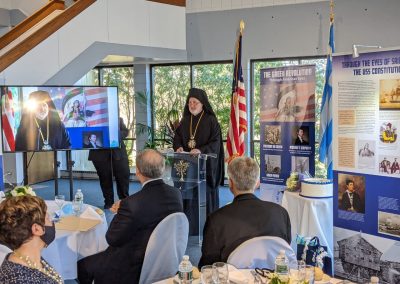 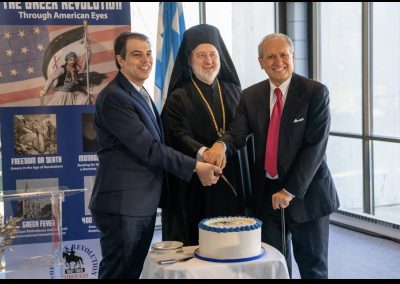 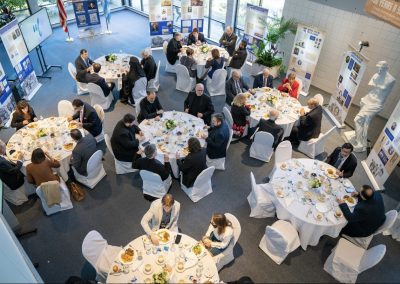