The Good Shepherds: Chief Metropolitans and Rabbis in the Face of Holocaust

March 10, 2022. Maliotis Cultural Center of Hellenic College Holy Cross hosted the inaugural event of its next exhibit: “The Good Shepherds: Chief Metropolitans and Rabbis in the Face of Holocaust” on Thursday.  According to the Jewish Museum of Greece, “the exhibit’s purpose is to showcase the positive actions, rescue attempts, gestures of sympathy or support, no matter how large or small, revealed by the Jewish Museum of Greece research, in order to honor those involved and inspire us today. The idea for this exhibition came from Samuel (Makis) Matsas, President of the Jewish Museum of Greece (JMG). A child of the Occupation, who survived thanks to the timely escape of his parents and the generosity of friends and strangers, he asked us to research the conditions under which senior members of the Christian clergy and eminent rabbis decided and acted in various ways to assist persecuted Jews during the years of the Nazi Occupation” (JMG website).

The exhibition features inspiring tales of heroism of the “Good Shepherds”. In both Greek and English text, the “Good Shepherds” panels are a sobering encapsulation of both the basest crimes perpetrated by humans against other human beings – the result of a fallen world- and also the uplifting witness of the triumph of the human spirit over evil, as evidenced by the indomitable legacies of these good shepherds.  In his remarks, His Eminence Archbishop Elpidophoros of America urged that the exhibit be received as a call-to-action: “The brave rabbis and clergy who came together and found a way to preserve life, even as they preserved the human spirit and their God-given dignity, are calling us to follow their example. They were good shepherds of their flocks, who were willing to lay down their lives for the sake of their sheep”.

The exhibition was first unveiled abroad in Greece in 2018 as the result of a “three-year-long programmatic cooperation between the Museum and the Embassy of the Federal Republic of Germany in Athens” and was on display in Greece until 2020 (JMG Website).

For the first time ever, this exhibit has been brought to the United States because of the initiative of Mr. Drake Behrakis, President of the National Hellenic Society, who also serves as the Chair of the Maliotis Cultural Center Board, and the partnership of the American Friends of the Jewish Museum of Greece.  Maliotis Cultural Center was selected to host the exhibit because of the Center’s preeminence in the Hellenic-American community, its proximity within Hellenic College Holy Cross Greek Orthodox School of Theology, as well as being located in Boston, a metropolitan city with proliferate Jewish, Greek, and academic communities. President of Hellenic College Holy Cross, Mr. George Cantonis noted that “Hellenic pride” goes far beyond ethnic, geographical, or religious boundaries- it celebrates the “shared values that unite us and set an example, as the “Good Shepherds” did, of harmony in a divided world”.

The private event included an exquisite dinner and a short program with speeches by leaders in the Greek and Jewish communities, followed by the unveiling of the new exhibit in the United States. Notable speakers included His Eminence Archbishop Elpidophoros of America, Honorable Consul General of Israel to New England Ambassador Meron Reuben, Honorable Hellenic Republic Consul General in Boston Mr. Stratos Efthymiou,  President of HCHC Mr. George Cantonis, President of the American Friends of the Jewish Museum of Greece Mr. Solomon Asser, and Regional Director of the American Jewish Committee of New England Mr. Robert Leikind, who was the keynote speaker. Mr. Drake Behrakis emceed the event.

The speeches were marked by sober gratitude towards the “Good Shepherds” for their sacrifice and included powerful anecdotes and personal accounts of family members’ deliverance stories as well as their suffering. The descendants of the people who survived thanks to Greek bravery are still so grateful and reverently appreciative of the people- the “Good Shepherds”- who saved their parents and grandparents at great personal risk.

We hope this powerful event will be the first of many such events between the Greek, Orthodox, and Jewish communities in Boston and that the exhibit will become a fixture of Hellenic Boston .A series of events and film screenings related to the Good Shepherds exhibit will follow.

Thanks to the leadership of Mr. Drake Behrakis, Maliotis Cultural Center Executive Director Presbytera Chrysoula Kourkounti and Assistant Director Markella Patitsas, as well as the generous sponsorship of the event by the National Hellenic Society, the unveiling of “The Good Shepherds: Chief Metropolitans and Rabbis in the Face of Holocaust” was hugely successful. The exhibit will remain open and free to the public at Maliotis Cultural Center in Brookline until the end of summer.

To schedule a tour of the exhibit or for inquiries related to this and similar events, please contact maliotis@hchc.edu or visit the Maliotis website www.maliotis.hchc.edu. 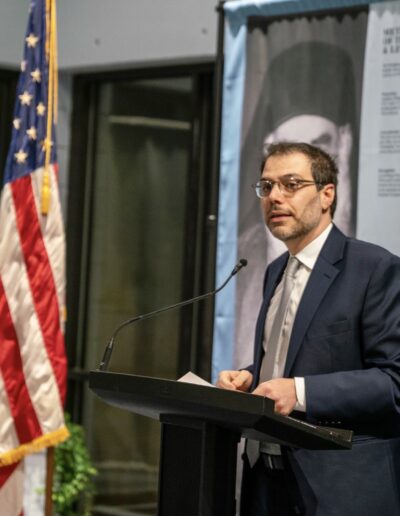 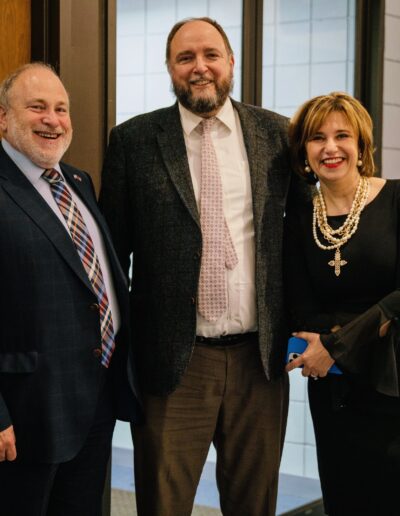 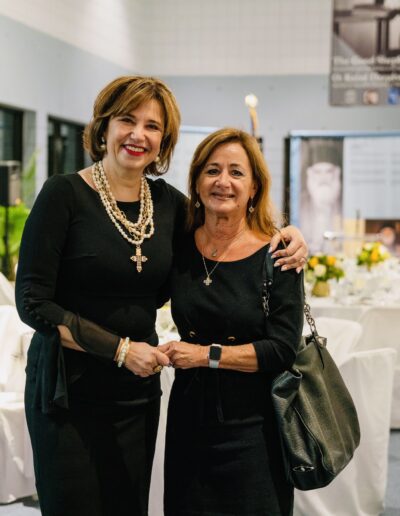 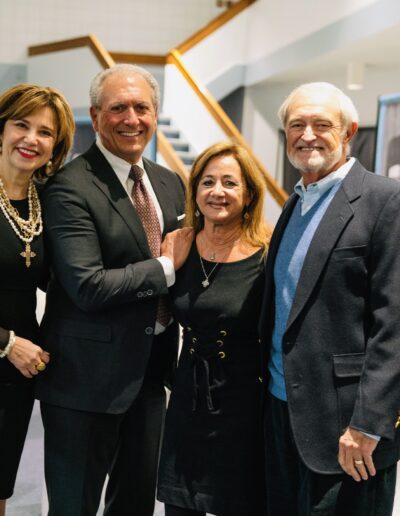 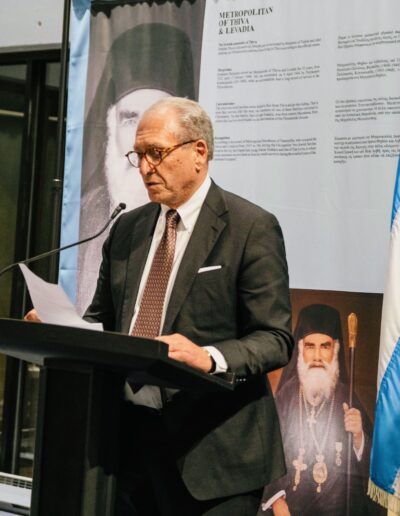 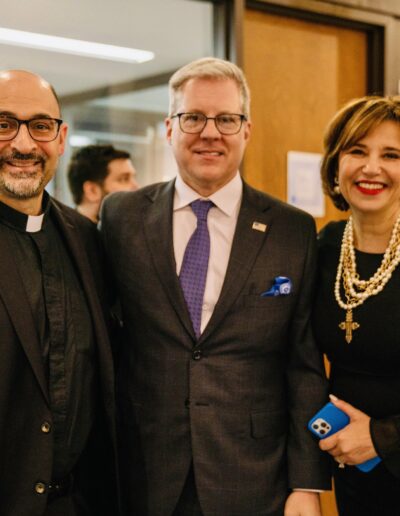 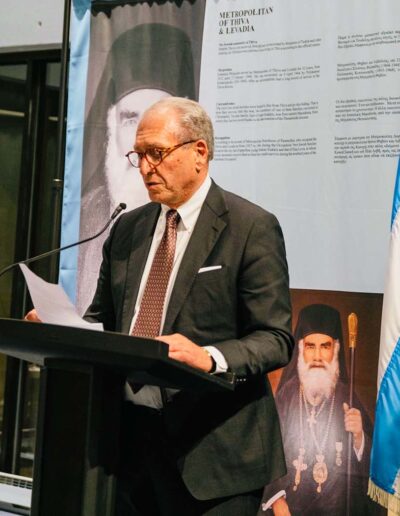 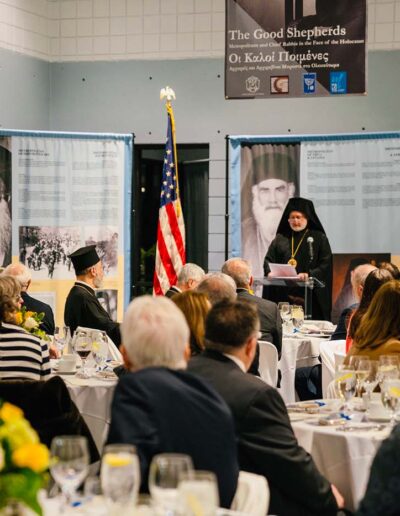 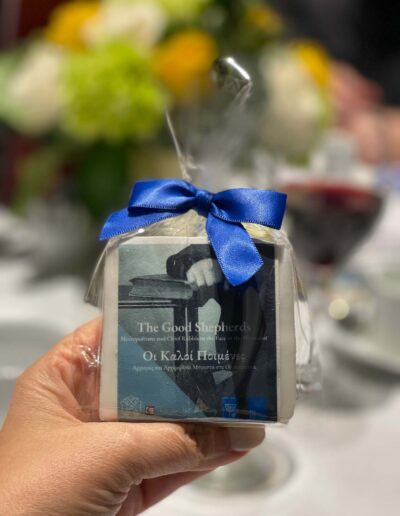 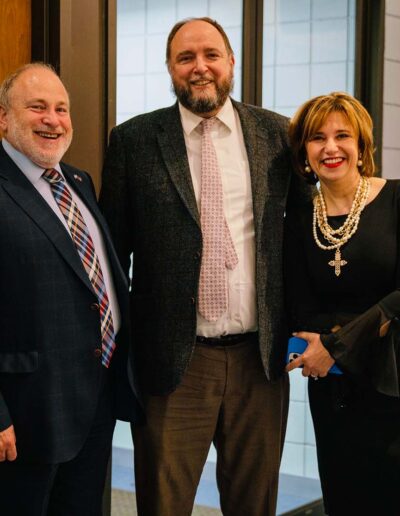 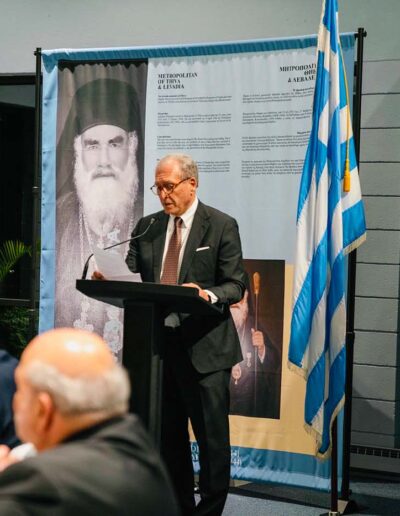 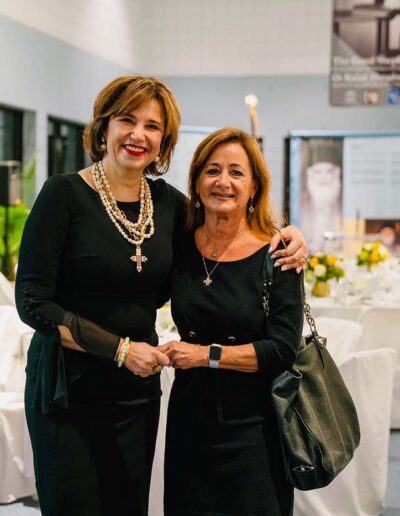 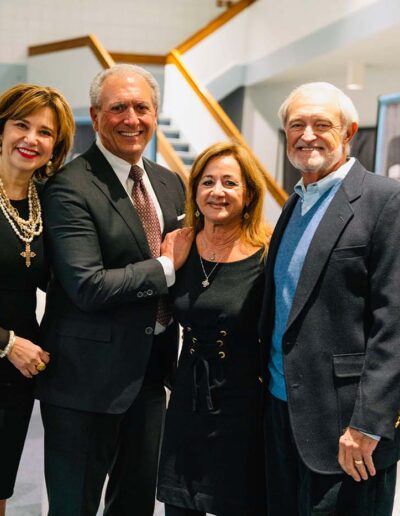