On October 19 and 20, Hellenic College Holy Cross Greek Orthodox School of Theology hosted a conference titled Reflections on the Beloved Elder in America: Gerasimos Papadopoulos at which some of Orthodoxy’s finest scholars paid tribute to an extraordinary figure in the life of the Church. His Grace Bishop Gerasimos of blessed memory was much loved for his personal qualities of deep piety and humility and greatly esteemed for his writings. He taught and resided at HCHC for many years until his passing in 1995, fittingly on the Feast of the Holy Spirit. His Grace was laid to rest behind Holy Cross Chapel, close to the Maliotis Cultural Center, where the conference was held.

Before the evening program on the 19th, the conference participants joined the entire HCHC community for Great Vespers in Holy Cross Chapel. His Eminence Archbishop Elpidophoros of America presided, accompanied by His Eminence Archbishop Demetrios, formerly of America. Other hierarchs present were His Eminence Metropolitan Savas of Pittsburgh, His Grace Bishop Ilia of Philomelion, His Grace Bishop Joachim of Amissos, and His Grace Bishop Athenagoras of Nazianzos. Numerous other clergy participated in the service, which included the ceremonies of stavrophoria, rassophoria, and tonsure, recognizing different milestones in the lives of Holy Cross students.

The evening began with welcoming remarks from His Eminence Archbishop Elpidophoros of America, who said, “It is my prayer that, as we hold Bishop Gerasimos up as a model of excellence in the spiritual life, we take to heart the many lessons he taught us and impress them on our own lives.” HCHC President George Cantonis then welcomed all in attendance, both in person and watching online, and gratefully acknowledged Fr. Peter Chamberas as the principal organizer of the conference.

His Eminence Archbishop Demetrios, formerly of America, offered the first presentation, titled “The Precious Spiritual Legacy of Bishop Gerasimos of Abydos,” recalling the “brotherly connection” between the two during the decade when they met almost daily on campus. He described His Grace as an “unforgettable, wonderful, and wise person.” He concluded by asserting that “the memory of a person like this…is not past tense…His memory is eternal.” The second presentation (online) was by Fr. Philotheos Papadopoulos, Priest-Monk at Docheiariou Monastery on Mt. Athos, whose topic was “The Elder as a Youth and the Early Years as a Monastic.” The evening concluded with the premiere showing of the documentary “Bishop Gerasimos of Abydos: Spiritual Elder of America.”

October 20, the second day of the conference and the Feast of St. Gerasimos, began with a Hierarchical Divine Liturgy and Memorial for Bishop Gerasimos, with His Eminence Archbishop Elpidophoros of America as celebrant. Afternoon presentations were by Fr. Athanasios Melissaris of the University of Athens on “The Elder and His Theological Studies” (online) and Fr. Alkiviadis Calivas, Holy Cross Professor Emeritus of Liturgical Theology and former Dean and President of HCHC, on “The Elder and His Years at Holy Cross.” In the evening, the final presentations were by Fr. Theodore Stylianopoulos, Professor Emeritus of New Testament at HCHC, on “The Elder as Interpreter of the New Testament,” and Dr. John Fotopoulos, Professor at St. Mary’s College at the University of Notre Dame, on “The Elder as Spiritual Father.” 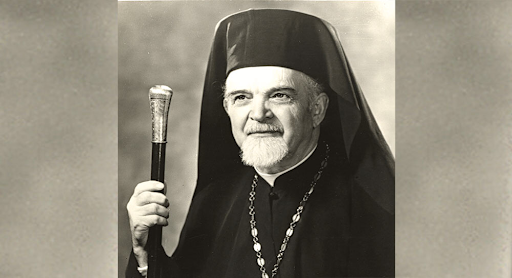 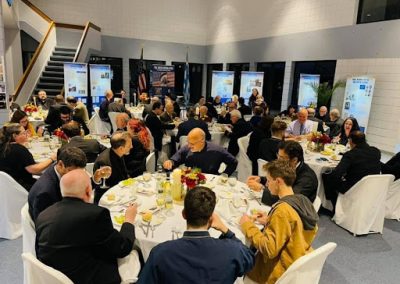 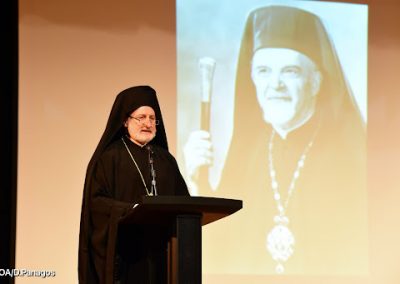 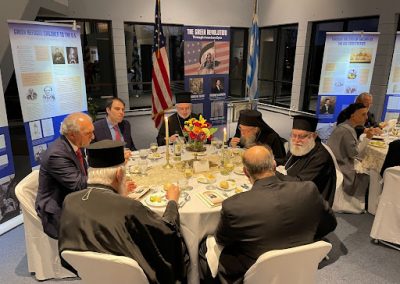 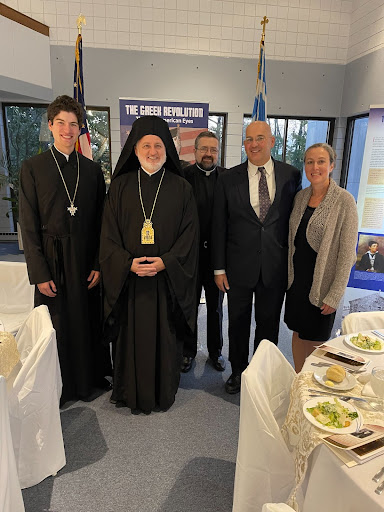 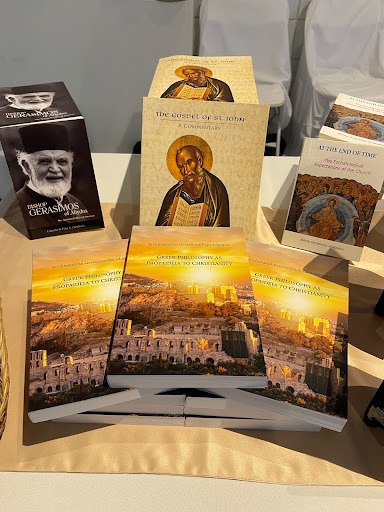 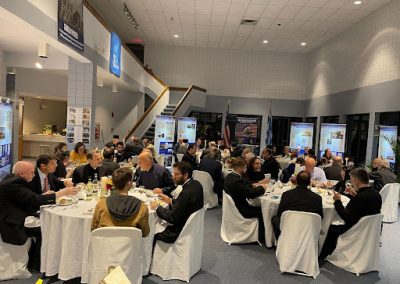 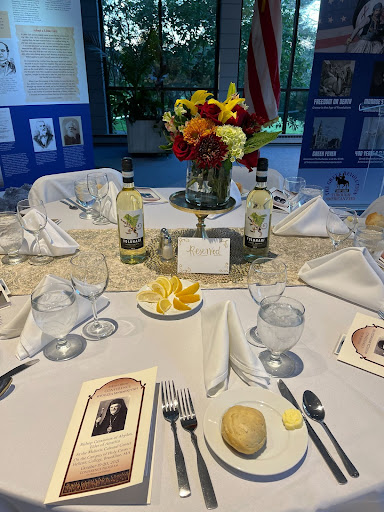 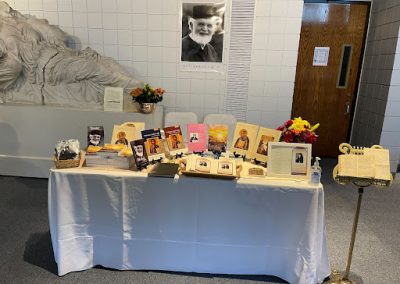